High positions in rankings and almost 100,000 employees in the business services sector - Kraków is still among the best locations for companies in this part of Europe.

Kraków’s business services sector has been growing for years. As it results from the ASPIRE data, an organisation associating companies from the shared services industry, about 230 companies from the business and IT services sector (employing at least 50 people) operate in our city. In total, almost 100 thousand people have found a job in them. And this number is constantly growing. According to the association’s estimation, prepared based on data provided by the Kraków’s information centres, employment in this sector will reach the level of 107 thousand workers in January next year, and it will continue to rise.

Numbers are not everything

– Kraków, as one of the best locations for business services in Europe was already noticed more than 10 years ago, so it is safe to say that the city’s success has solid foundations – Andrew Hallam, General Secretary of ASPIRE, has no doubts.

– Global corporations are looking for skills, scale, ability but also maturity. In the case of Kraków, each of these factors is strengthening year by year, hence the city is becoming increasingly attractive to potential investors. In fact, it is enough to look at the last 10 years to see that Kraków consistently outperforms the entire Central and Eastern European region in terms of investment dynamics in the technology and business services sector.

– Kraków is a synonym of a place attractive for living, dynamic career development and running a business. It is a city providing development opportunities driven by the potential of the graduates from the best universities, with a positive natural growth rate and a rich educational and cultural background – adds Radosław Kostka, Acquisition Manager at Vastint company.

However, numbers are not everything. As the representatives of companies present in Kraków as well as experts observing the market point out, Kraków’s service sector is developing both quantitatively and qualitatively. Not only simple accounting processes or call centre services are already being realised in this city, but above all large international research and development projects – it is here that work is carried out on solutions that are later implemented around the world. The market absorbs qualified specialists like a sponge, engineers and programmers can choose from numerous jobs offers, there is also a growing demand for specialists in such fields as RPA (Robotic Process Automation), Business Intelligence, Big Data Analysts, as well as Cloud Computing, Cyber Security, or project management in these areas.

As Jarosław Pięta, Managing Partner at the recruitment agency AG Test HR explains, this is a result of widespread automation and digitalisation in the centres, which came as a natural phase of development after the stages of establishing centres, migration of business processes and their standardisation. And he adds that salaries, which were already high compared to other industries, are also increasing all the time.

– This trend has not changed for years. Almost all shared services centres in Kraków are companies with foreign capital, therefore they pay better and compete with themselves rather than with other companies from the business environment – he explains.

Development despite the pandemic

Even the pandemic has not hampered the industry’s development. As it turns out, at a time when many investments seemed to have been put on hold, more companies were moving into Kraków – last year nine, this year already 16. After months of uncertainty caused by the epidemic threat, the first to announce the opening of its headquarters in Kraków, yet last year, was Austrian Bitpanda – a trading, digital asset and precious metals exchange platform launched in 2014. The company announced that it will invest about €10 million in the Kraków Technology and Innovation Centre, employing at least 300 people, effectively doubling the size of its team.

– Locating our first Centre, in a city of world-class developers, with its vibrant tech scene, and so close to Vienna, was a pretty obvious choice for us, explains Eric Demuth, co-founder and CEO of Bitpanda.

Apptio, a company providing solutions in the field of Technology Business Management, and Westinghouse Electric Company, a developer of solutions for the nuclear industry, have also decided to open new branches in Kraków. In the summer of this year, the Polish office of AstraZeneca, recently known for developing one of the vaccines against COVID-19, began operations in our city.

– Kraków is a perfect location for such an investment, it is a leading academic area, the business centre of southern Poland and the home for many medical and biotechnological start-ups, as well as those operating in the IT, AI, and data management sectors – highlights Barbara Kozierkiewicz, Director of Global Clinical Systems and Vice President of the Management Board of AstraZeneca Pharma Poland.

Companies which have been present here for a long time, such as Shell, ABB, Capgemini, Cisco, Motorola, IBM, or State Street, are still increasing their activity in Kraków. Some of them are among the largest employers in the region – suffice to say that there are already 22 centres in the city employing a thousand or more workers. 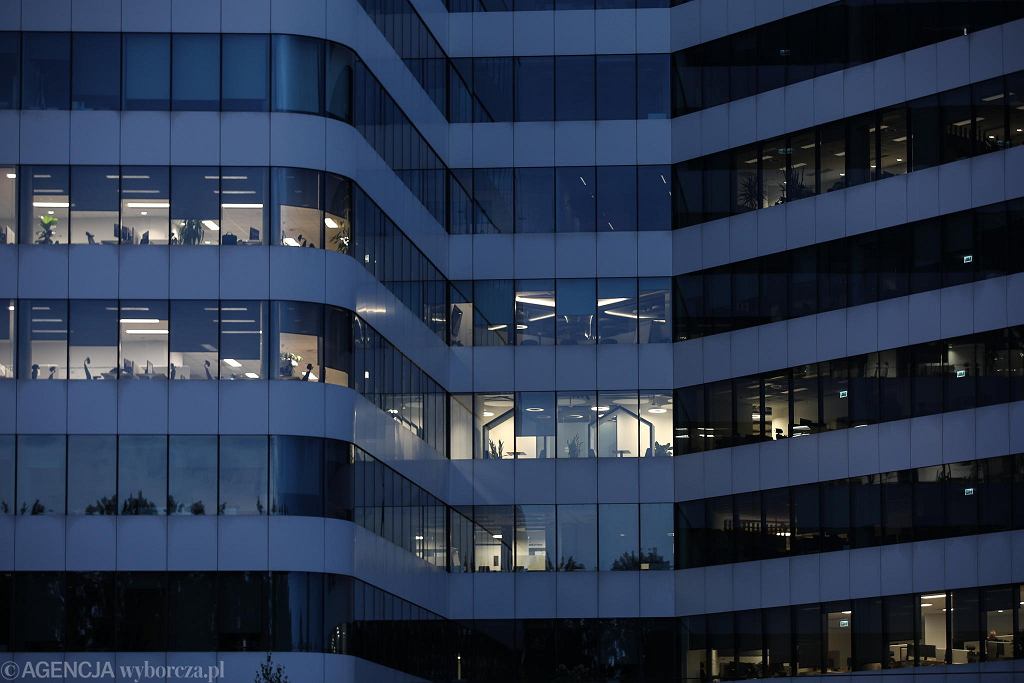 – This year marks the 15th anniversary of Shell’s centre in Kraków, one of the largest in terms of modern business services in Poland. This proves that Kraków is one of the most attractive points on the global map of investment destinations, also thanks to the openness of the city and region’s leaders to dialogue with investors – says Agnieszka Pocztowska, general director of Shell Business Operations Kraków, which in 2019 exceeded the threshold of 4,000 employees and a year later, despite the pandemic, hired 600 more.

The city itself also has its role in attracting investors. The potential of Kraków as an ideal location for knowledge-based industries was already noted in the 2005 Kraków Development Strategy and later consolidated in the document Kraków Development Strategy „Kraków tu chcę żyć. Kraków 2030" (This is where I want to live. Kraków 2030) adopted in 2018. Kraków is also home to the Investor and Innovative Economy Support Centre and the Małopolska Centre for Entrepreneurship, which offer a wide range of assistance for domestic and foreign investors and cooperate with the ASPIRE and ABSL associations, the Kraków Technology Park, and other business-related institutions. The Centre also coordinates and monitors all the activities carried out by the City, which fall within the scope of smart city and urban space management, as well as organises Krakow’s participation in conferences, forums and other events related to the implementation and promotion of the smart city idea. It also publishes a quarterly magazine „Call for Business".

The latest initiative is the City Clinic project, a new online service connecting business with the local government, developed by ASPIRE and the Kraków magistrate. It is intended to facilitate and improve communication between companies from BSS industry located in Kraków and the city on matters that may affect their operations. 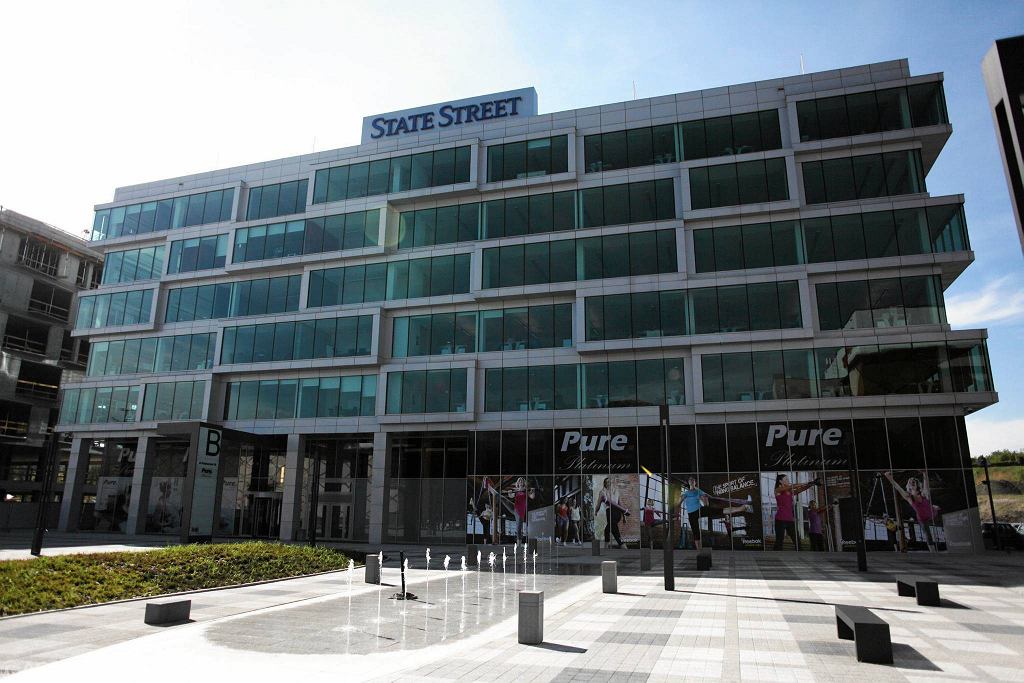 All this brings results. This year Kraków came first in the national ranking of „Business-Friendly Cities" organised by the Forbes magazine. It was also honoured with the titles of „Gmina na 5!" (A perfect municipality!) and „Złota Gmina na 5!" (A golden municipality!) in the 2020/21 edition of the ranking prepared by the SKN Akceleracji (Acceleration Students’ Scientific Circle) at the Institute of Enterprise of the Warsaw School of Economics. In turn, in the Tholons Global Innovation Index 2021, Kraków has strengthened its position in the TOP 100 Super Cities ranking, taking 20th place (the capital of Małopolska recorded the highest increase in the important category of Innovation and Digitisation). Compared to the previous year, this is a rise of as many as five positions. Other Polish cities included in the list, Warszawa and Wrocław, were ranked 35th and 99th respectively.

Kraków has also received such accolades as being in the top 10 of the fDi Tier 2 Cities of the Future 2020/21 ranking in the business friendliness category, a position in the Top 25 of the international Tech Cities of the Future 2020/21 ranking, as well as 8th place in Europe in the ranking of the most dynamically developing cities in the European Union „CEE Investment Report 2019: Thriving Metropolitan Cities".