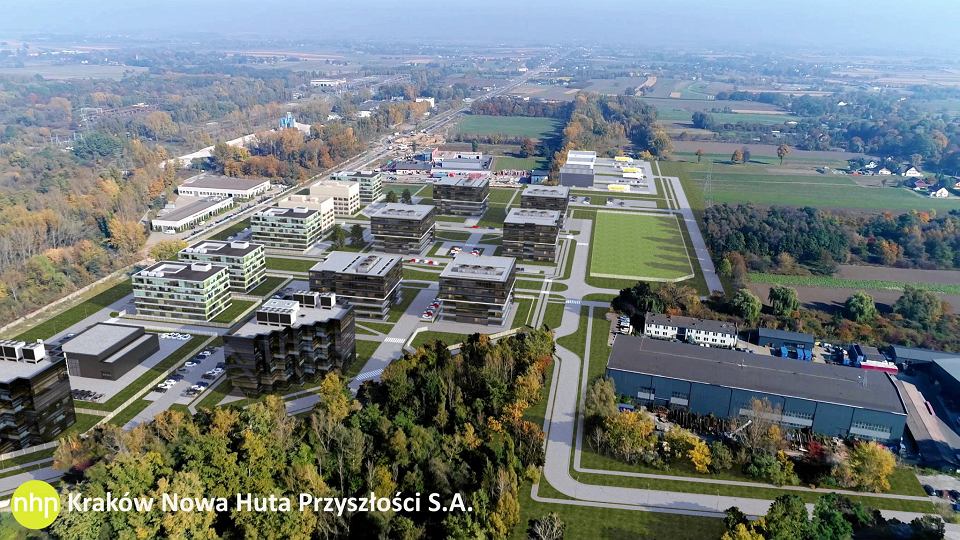 Economic development requires new spaces. Kraków's answer are investment plans in Rybitwy and in the neighbourhood of Nowa Huta Combine, and also near the Balice international airport.

– This will be a new, multifunctional part of the city. In the future, it will be a place where you will be able to find work, live, enjoy entertainment as well as greenery and city squares, announces Jerzy Muzyk, Kraków’s Deputy Mayor for Sustainable Development.

We are talking about the New City, a project which is to change an almost 700-hectare area in Kraków’s Rybitwy and Płaszów neighbourhoods, located in the south-eastern part of the city, into a multifunctional district meeting the criteria of a 15-minute town. As Jerzy Muzyk stresses, the draft of the local spatial plan for this area is unique – until now there has not been an urban document in Kraków which comprehensively covers so many life functions in one place.

– We are trying to design the district so that it will also meet the challenges of the present day i.e., counteracting climate change, protecting the environment, and eliminating the so-called heat islands. Implementation of this concept will involve considerable financial outlays on road infrastructure, waterworks, sewage system, but also on retention of water during heavy rainfall, says the Deputy Mayor. And he stresses that when the currently prepared local plan will come into force, it will create the largest investment area in the city, encouraging entrepreneurs to act on the almost giant scale. It will be possible to undertake here investments which are not allowed by local law in other parts of the city.

At present Rybitwy has mostly warehouse and industrial function, but this will be radically changed. The plan assumes creation of three zones in this area: business (Central Business District), residential, and recreational, interweaving and connected into one continuous system. In the New City, about 3 million square metres of commercial space and about 2 million square metres for multi-family housing may be created. What is most interesting, high-rise buildings can also be built there – even 22 buildings higher than 90 m, as well as four measuring up to 150 m.

In the immediate vicinity of the Drwina River, a river park will be created which, together with a wooded area, will cover approx. 65 ha. To compare, the famous Błonia Park occupies approx. 48 ha. The plan also provides for the creation of more green areas, city streets and squares, creating coherent, friendly public spaces, connected by a system of pedestrian and bicycle paths. Because according to the assumption, the New City shall be a green city.

The project also foresees the creation of a new transport system in Rybitwy. It is planned, among other things, to extend the tram line from Mały Płaszów to the Złocień housing estate, to develop railway transport, and to designate a network of new streets internally connecting this part of the city. The importance of the Płaszów railway station, already one of the key elements of the Kraków’s train junction in terms of both passenger and freight traffic, will also increase.

When the New City, also called New Town, will be created? For now, the project has been submitted for opinions and statutory arrangements, and soon the city councillors will discuss it. It is also known that entrepreneurs operating in Rybitwy and Płaszów will have 10 years to adapt to the provisions of the new local spatial development plan.

Nowa Huta of the Future

Another great project of Kraków – Nowa Huta of the Future – is much closer to realisation. In the east part of the city, on an area of 730 hectares near Branice and Ruszcza, a quarter attractive to investors and entrepreneurs will be created covering research and logistic-industrial centres, combined with relaxation and recreation zones.

Four large investments will be created under this project: Branice Science and Technology Park, Logistic and Industrial Centre „Ruszcza", Błonia 2.0 Centre for Large-Scale Cultural Events and Przylasek Rusiecki Recreation and Leisure Centre. Implementation of this project should give an impulse to start a new stage of economic development of the whole eastern part of Kraków.

The Science and Technology Park is primarily designed as laboratory and office infrastructure, created for small and medium-sized companies (especially those engaged in research). An advantage of the Logistics and Industrial Centre is the proximity to one of the largest railway sidings in Europe (the legacy left by the Nowa Huta metallurgical plant). The development of existing storage buildings or the construction of new ones, as well as transhipment terminals is also on table. 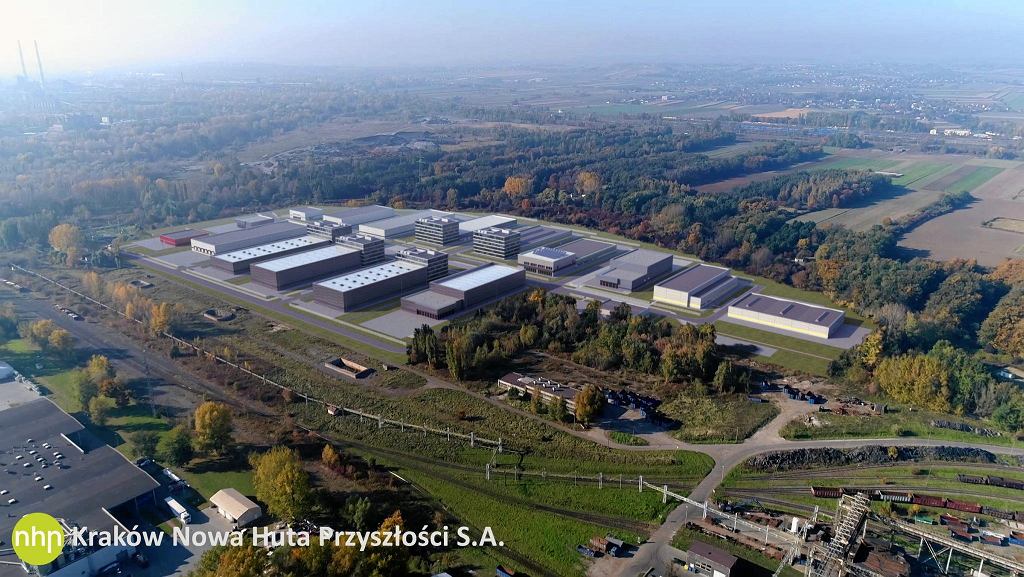 On the site of the Nowa Huta Steelworks there are planned two economic activity zones, for which 33 hectares of plots have already been acquired. Parcels for investors with the support of EU money are already under preparation.

– This land has been degraded by industrial activity. There were various installations of the steelworks there, which later became overgrown with self-sown plants. Sometimes you need to invest two million PLN in one hectare of such land to bring it back to the economy. No private investor would do it, that is why we are doing it – says Artur Paszko, the president of the Kraków – Nowa Huta of the Future company.

– The southern part of the area will have a more peaceful character. There will be an open-air museum and a new park, the Błonia 2.0 Centre for Large-Scale Cultural Events, and a 200-hectare river park near the bathing beach in Przylasek Rusiecki.

All zones will be linked by the Nowa Huta of the Future Route, it means a pedestrian and bicycle route integrated with an educational and promotional path devoted to innovation, ecology, history, and culture of Nowa Huta.

What is important, Nowa Huta of the Future will be well connected with the rest of the Kraków, among others through the modernised Igołomska Street and railway connections. A decision to build a railway stop in Przylasek Rusiecki has already been taken, and a project for another train station in Branice, right next to the planned Science and Technology Park, is also under consideration.

First investors, among others the Bielenda Company, have already bought land in the Nowa Huta of the Future site. There are also developers who have applied for permits to build a housing estate. This year, a unique swimming pool in Przylasek Rusiecki has already been made available to the citizens. A large area, winding piers, a floating pool, a wakeboard lift, sailing boats, and lots of smart devices, including an intelligent fence – these are just some of the attractions. And there is an additional prospect of a geothermal swimming pool.

The third, apart from the Nowa Huta of the Future and the New City, strategic investment planned on the western outskirts of the city concerns the Kraków Airport in Balice. On the 260 hectares area, the Kraków City Development Agency would like to create, among other things, a conference centre, a science and technology park and an exhibition centre, complemented by hotels and car parks. Everything in an integrated development, which should increase the attractiveness of this area for investors and tourists as well as for the citizens.